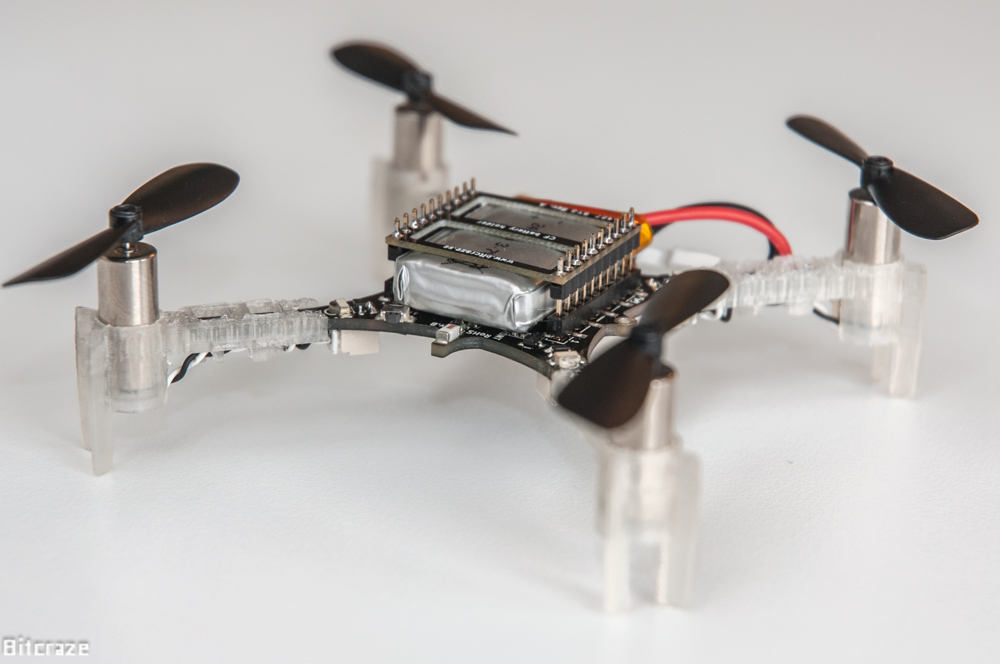 I’m a work experience student who was tasked with using a PID controller and a barometer to control the altitude of a Crazyflie quadcopter. Although I had active control of the upwards forces getting it to go upwards or the thrust, I had much less control for making the quadcopter come back down — gravity would be doing that for me.

What is a PID controller?

A PID controller is basically made up of three parts:

Proportional term. Produces an output value that is proportional to the current error value.

This means that when this value was too large the quadcopter seemed to be flying all over the place not correcting anything. But in reality it was over-compensating for the error that was there. For example, when I was just blindly messing around with the values at the start (thanks to Simon for the extreme patience) and I set the p value to 100, this meant that a 3 degree error would be corrected with a 300 degree force, which gave the impression of random flight. However, when this value was too small, the error took a long time to be corrected and the quadcopter crashed.

Integral term. This is the sum of the instantaneous error over time.

Derivative term. This is found by determining the gradient of the of the error over time.

I didn’t touch this value either. However, I am told that it reduces the overshoot.

The Crazyflie 2.0 is a small, lightweight quadcopter that can be programmed using Python. Although it may be very lightweight and manoeuvrable, this also makes it very easy to crash. This happened a lot, which may have had something to do with my programming inexperience, but making replacement parts meant that I got to witness the thing of beauty which was the 3D printer.

Python itself was a very useful tool as I was able to instantly check and test my scripts and values. This meant I had instant feedback when trying to find things like initial thrust values.

Another skill I learned was interpreting the results from the command window. This meant that when the quadcopter scripts did fail I was able to more quickly resolve issues. For example, knowing that attitude was too high and that it wasn’t thrust values causing the quadcopter to cut out.

I have been thoroughly inspired to learn how to code using Python and enjoyed having got to play with a quadcopter for three days.