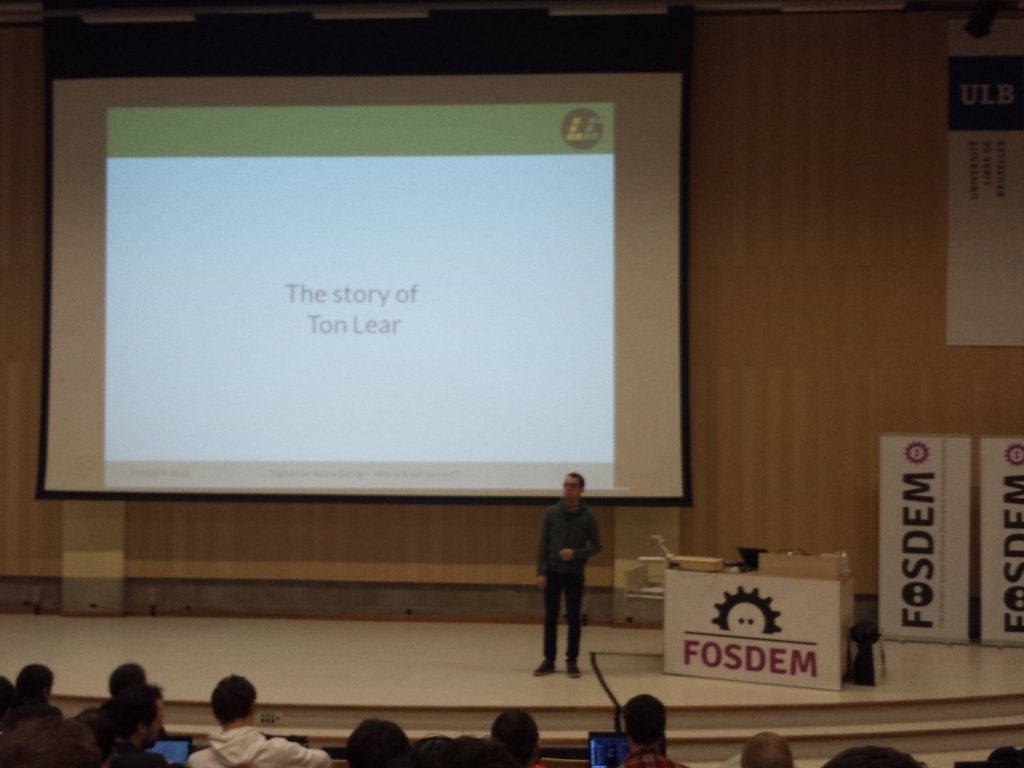 FOSDEM 2016 was as huge as usual. Several thousand open source enthusiasts, 600+ talks and, this year, lots and lots of rain.  But the quality of the talks more than made up for the weather.  Here are a few that got me excited over the weekend.

I was fascinated to hear about the entire Italian army, air force and navy moving to LibreOffice — over 100,000 personnel. These are about as conservative a set of organizations as you can get when it comes to technology. However, the cost saving benefits are so huge that the Italian military took the decision. A quick decision too. 3 months from inquiry to MOU. A very entertaining talk from Italo Vignoli — including an entertaining description of someone who hasn’t worn a suit in a decade meeting the military top brass in formal uniform. Much of the challenge is organizing training on that scale. An initial pilot with just 15,000 people! Migration started in January, with deployment in September.

Philipp Wagner gave a main track talk on the challenges of free and open source digital hardware design, and the challenges such projects face. A great survey of simulation, FPGA design and ASIC design, including an assessment of accessibility for hobbyists, contribution of FOSS and satisfaction that can be achieved. This talk was also when librecores.org,the community portal of the Free and Open Source Silicon foundation (FOSSi), was announced to the public.

Andrew Katz is a lawyer who is always both entertaining and informative. At FOSDEM he was speaking with Professor of Software Systems, Björn Lundell, on restrictive contracts surrounding school student laptops, which are then including free and open source software. When does distribution occur, triggering the free and open source rights? GPLv3 clarifies that distribution (used in GPL v2 etc) means propagating and conveying. A razor sharp legal mind — I’d hate to be up against Andrew in court.

One of the good things about FOSDEM is the opportunity to hear talks outside your “comfort zone”. I spent an afternoon recently getting Rigs of Rods to build and run under Linux and then being disappointed about how bad the graphics were. The problem was the poor quality free and open source driver for modern AMD Radeon graphics cards, so I was interested to hear Jason Ekstrand‘s talk on the new Vulkan API. A replacement for OpenGL, designed for modern GPUs and software. A good talk, at a level accessible to a generalist like me. Amazing that OpenGL has lasted so long, but moving to an OO based API with minimal state (most objects are immutable) has to be the future. That much of the key components will be free and open source is a great strength, particularly since this includes the conformance suite.

I’ve known about the UK Government Digital Services project for a long time, and it is an example of good open development of which the country can be proud. Bernard Tyers talked about the project and the lessons that could be learned. The core principle of fulfilling user needs and not government’s is admirable.

Embecosm has a close interest in the work of Saar Drimer at Boldport. He’s designed two of our educational circuit boards, the Cuttlefish and the Seahorse. More recently his work has appeared in Marie Claire — almost certainly a first for electronics design. Today he was talking about the technology behind his work, PCBmodE. So many beautiful images during his talk and I’d highly recommend taking a look at his blog for some of them.

Nearing the end of the day I went to a talk on testing WolfSSL, by Chris Conlon.  I find cryptography hard at the best of the times, and testing such systems more so. Chris made the point that having software free and open source allows a wider community to test its robustness.

Saar Drimer had a second talk at the EDA dev room, this time reflecting on his experience as a startup in the EDA industry and considering its future. The bottom line: he’s optimistic.

I went along to James Shrubin’s talk, TL;DR on legal strategy for commercial ventures. I had hopes this might be useful, but it rather served to show that talking about legal issues is best left to lawyers. Although I think his heart is in the right place, the logic of his argument was confused. Too opinionated, and some facts were just plain wrong. I’m not sure anyone came away better informed.

More fun was the last talk of the day by Brian Harrington, on how we are destroying open source and it’s all our fault. Good entertainment, and despite the polemic, some very good points clearly communicated. Plus best beard of any speaker so far.