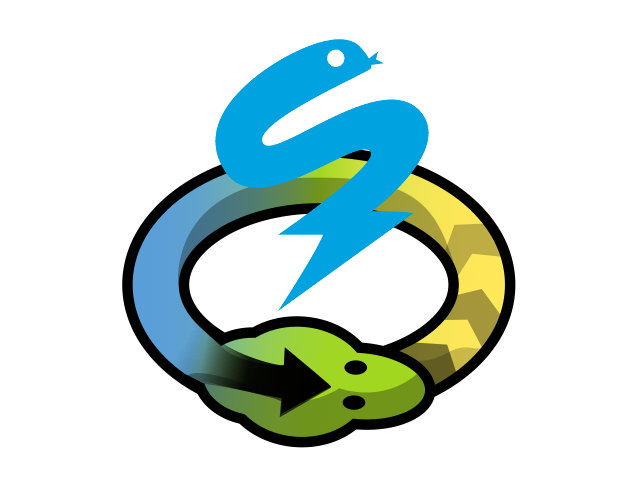 I recently attended the LLVM Cauldron to give a talk, Accelerating Python code with Numba and LLVM (slides, video).

At the Cauldron, I met Manuel Jacob, a PyPy developer, who told me about recent work on cpyext, and encouraged me to try porting Numba to PyPy. I was not optimistic about succeeding in doing so because Numba uses a lot of the CPython C API — including some undocumented functions and access to raw struct data — but I thought it was worth trying to assess how big the problem of running Numba on PyPy is, and what would need to be done to make it work.

To my surprise, it turns out that it is possible to make the majority of Numba functionality work correctly on PyPy. I did this in collaboration with Manuel, who provided a wealth of PyPy and cpyext expertise. The rest of this post discusses:

Modifying Numba to work on PyPy

This section contains technical details about the changes made to Numba to run on PyPy. If you’re not interested in these details and are interested in the test coverage and performance measurements, skip ahead to the next section.

Although Python packages that use C extensions have not worked well with PyPy in the past, support for them is now much improved. The effort to support running the official distribution of Numpy — rather than NumPyPy, a version of NumPy with the C extension parts rewritten in RPython —  has greatly increased the support for the CPython C API, that PyPy’s cpyext provides. cpyext is now advanced to the point where a lot of C Extension modules will work with minimal or no changes.

With Numba making use of C Extensions, both through the official API and also using some undocumented parts of CPython and some “tricks”, I was prepared for a rough ride. However, it turns out that with a few days’ effort and some relatively simple (in the context of what is being attempted) changes, it is possible to get Numba to compile and run on PyPy. Although it is possible to execute the majority of jitted code on PyPy, and many tests pass, the pass rate is not yet at 100%. Some things don’t work as expected for unclear reasons, and some features have to be disabled (such as the extra profiling support) for the time being.

The following subsections detail the changes and workarounds needed to run Numba on PyPy.

When environments, closures or generators are deallocated, Numba instructs the Python garbage collector not to collect them (in numba/_dynfunc.c). To do this it uses the macro _PyObject_GC_UNTRACK, possibly for performance reasons. However, this macro is not defined in cpyext, so it cannot be used. Instead, cpyext provides the function PyObject_GC_UnTrack which performs the same function, so we can make use of this function instead.

Numba’s mechanism for tracking objects and interacting with the Python garbage collector at the boundaries of jitted functions associates an instance of a meminfo struct (a type internal to Numba) with each object that it tracks inside a jitted function. This tracking mechanism works for most objects, because Numba internally uses a dict to map objects to meminfo structs, all of which uses API functions supported by cpyext.

However, for associating meminfo structs with lists the implementation is a little different, possibly because lists were the first collection to be supported inside jitted functions, and for which a special hack is applicable: instead of using a separate dict, a pointer to the meminfo struct is stored inside the internals of a PyListObject, in the field named allocated. This works because the allocated field — which records how many items space is allocated for in the list — is not used during the execution of a jitted function. After the jitted function returns, the value of the allocated field is re-computed to be equal to the current size of the list. This makes a small trade-off: no additional data structure is needed for this tracking, but when the associated meminfo struct is finished with and the allocated field reset to the size of the list, a subsequent unnecessary re-allocation may be triggered, in the case where there was more space already allocated than the size of the list.

The cpyext PyListObject implementation has no field called allocated, so this hack doesn’t work. Because the dict-based method for associating meminfo structs with objects does work, the implementation of Numba’s _python_list_to_native and unbox_list functions can be converted to use this method. This was a little tricky because the implementation of these functions did not exactly follow the pattern of the dict-based method, but it was nothing that a little head-scratching and debugging couldn’t resolve.

The CPython macro PyExceptionInstance_Check is not implemented in cpyext. Copying the implementation straight from CPython does not work, because the macro uses some of the internal implementation details of CPython objects. Instead, a reimplementation of this for PyPy was written (inside numba/_helperlib.c) which makes used of the PyInstance_Check and PyObject_IsSubclass functions, which are provided by cpyext.

This reimplementation appears to mostly work; however, it may be responsible for some unexpected failures/errors and may require further debugging.

My first attempt involved getting the equivalent information using the PyErr_GetExcInfo function provided by cpyext. This is actually a C API function that was originally a Cython extension and is part of the CPython 3 C API. Fortunately, cpyext implements it even for Python 2 in PyPy. This worked to some extent – the re-raising occurred, but the topmost frame is always lost in the traceback, for reasons unknown. I could not see a simple fix for this.

The second attempt, based on a suggestion by Armin Rigo in the #pypy IRC channel, is to implement the re-raising using only PyRun_SimpleString("raise"). This feels a little bit “hacky” but it actually works correctly!

_PySet_NextEntry is a CPython macro for iterating over sets which is not implemented in cpyext. However, in Numba it is only used to determine if a set is empty, with a check like:

The PySet_GET_SIZE function is supported in cpyext, so we can re-write this check as:

Upon inspection, it appears that PyPy and CPython seem to use slightly different bytecodes for method calls (I have not looked into the reasons underlying this so far).

This causes a problem for Numba’s Bytecode Interpretation stage. No fundamental changes are required, but the difference is worked around by adding the PyPy bytecodes CALL_METHOD and LOOKUP_METHOD to the bytecode tables in Numba. The rest of the implementation of Bytecode Interpretation — and also Dataflow Analysis — for these bytecodes is then shared with the CALL_FUNCTION and LOOKUP_ATTR bytecodes.

CPython API functions are generally prefixed with Py. In cpyext, the symbols for the equivalent functions have the same name, but with the prefix PyPy. For example, PyExc_SystemError becomes PyPyExc_SystemError. In normal use this is not an issue, since cpyext defines macros to alias names that have the prefix PyPy with the names prefixed with only Py when compiling a C extension. However, Numba uses the symbol table to locate some of these functions when linking jitted code, which causes an issue because the symbol table doesn’t contain macros.

In order to work around this issue, all references to functions that are looked up in the symbol table and begin with Py are modified to begin with PyPy instead. Most of these references exist in numba/pythonapi.py.

Not all functions required by jitted code are exported by CPython. Some (such as some exceptions, and _Py_NoneStruct) are required, but not exported. In order to work around this — in numba/targets/base.py — Numba looks up the address of these symbols from python using the id function, then adds them to the symbol table.

It makes no sense to use id to get the address of an object in PyPy, because the fact that the ID is the underlying pointer is an implementation detail of CPython, rather than something that can be expected in any Python interpreter. By fortunate coincidence, all of the symbols that are required by Numba are already in the symbol table in PyPy, so the workaround for this particular problem is simply to comment out the code which looks up the ID of objects and adds them to the symbol table.

Numba uses tuple.__itemsize__ in various places (e.g. numba/config.py, numba/cuda/cudadrv/nvvm.py) in order to determine whether it is running on a 32- or 64-bit machine. For a simple workaround, all instances of tuple.__itemsize__ have been replaced with a hardcoded value of 8 in order to avoid determining how to detect the bit width, since the majority of users (myself included) will be running on 64-bit machines.

Executing pypy runtests.py -v (with PyPy 5.4.1 on Linux and commit a26484a of my PyPy Numba branch) results in the following summary at the end of execution:

Some thoughts and notes on the above:

This section contains some preliminary performance measurements, using the example solutions that I usually use as part of giving a Numba tutorial — the source of these can be found here. The four configurations are: The PyPy-only execution times are relatively large, and this is likely to be due to the overhead of cpyext with Numpy for relatively small workloads. It is clear from these results that the above benchmarks do not necessarily provide a good representation of the differences between PyPy, CPython, and Numba etc., so instead we will focus on the difference between using Numba on CPython and Numba on PyPy only.

If we compare the execution times of the Numba benchmarks on CPython and PyPy only, we see: The execution times suggest that there is a small overhead when using Numba on PyPy compared to on CPython, since the execution times of the benchmarks all differ by approximately the same amount of time. For large applications, I would expect that this overhead would be amortised entirely (noting that the overhead is only a small percentage of the execution time for the longest-running benchmark, Black-Scholes).

Although the set of patches described above brings a large chunk of Numba functionality to PyPy, there is still work to be done to bring the current implementation into a production-ready state. Issues that need addressing include:

Whether it’s worth pursuing the goal of providing proper support for PyPy in Numba depends on whether there would be sufficient interest in it, and the potential maintenance burden for the team maintaining Numba. I would welcome comments and feedback from Numba users and developers — please feel free to use the comments section to give feedback, and if you have tried out the branch for PyPy support, to post any measurements/timings that you make.

Trying out the PyPy port

To try out this port, the following needs to be set up:

Afterwards, you should be able to run import numba in PyPy and use it as normal, or run the test suite.