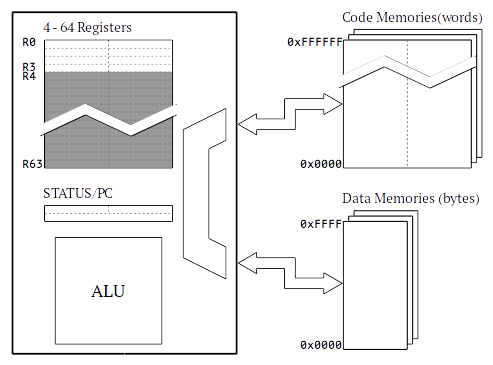 As keen eyes will have already noticed, this weekend Jeremy, Ed and I will be attending FOSDEM. Like the rest of the team I have attended several of these before, and I will also be presenting some of our work in the world of open source compilers and their supporting tools.

This year I will be presenting my work on AAPSim, a simulator I created to test our LLVM based toolchain for AAP. For those whom find themselves in the LLVM devroom on Sunday, this should prove to be a nice accompaniment to Ed’s introductory talk on AAP. This isn’t the first time I’ve presented a tutorial on using TableGen to extend a compiler backend; in 2013, I spoke about LLVM’s integrated assembler, and this sets a nice background to where we are now.

Sunday, I will likely spend most of my time in the LLVM devroom, as it’s the main occupier of my time — and quite rightly too, it’s an interesting project. Although I may take some time to look at GNOME Builder, an IDE that doesn’t seem to get in your way. On the Saturday, I’m not sure yet, though perhaps a couple of things from the Hardware devroom may be of particular interest.

Outside of attending talks, I’m also sure there will be plenty of excellent discussions about everyone’s favourite projects, I don’t think I’ve been to any kind of meeting with such a high density of people passionate about their work. If you’re attending FOSDEM, feel free to come and say hello, as I’m always up for an interesting discussion, especially in the areas of compilers, computing infrastructure, or just anything slightly unusual. After all, I did turn TableGen into a SSH config manager.